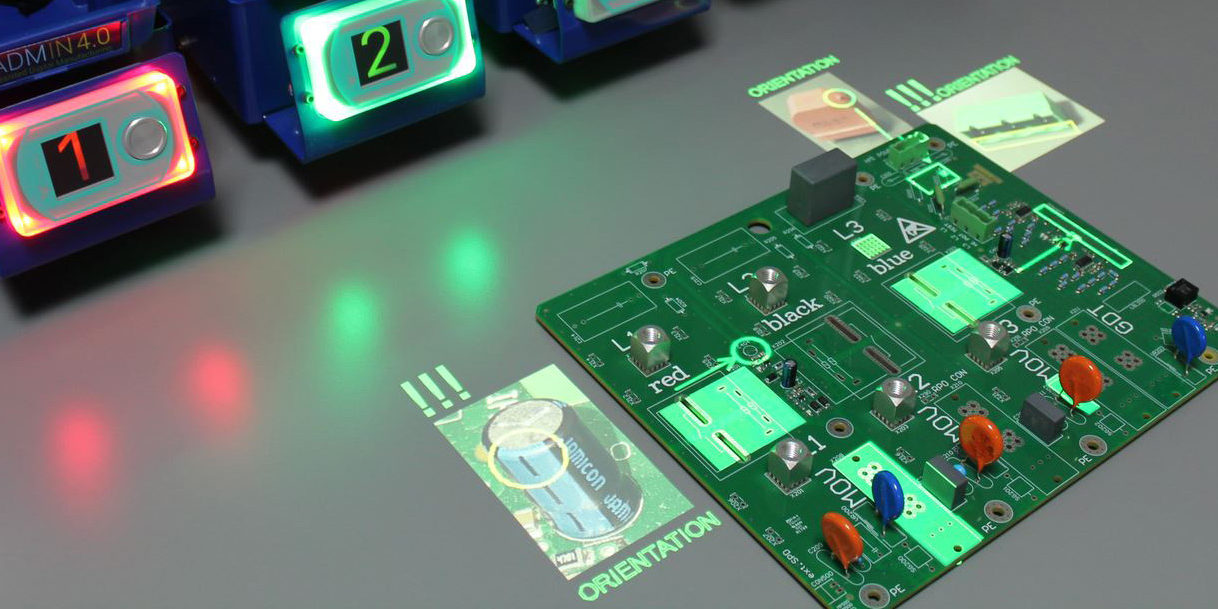 The idea of modernisation of the manufactory is clear – machines, automation and robotization. More robotic hands and fewer problems, but what if human hands are irreplaceable in your production? Is it a dead end or just an opportunity to think differently?

Smart Vision, a company from Slovakia, has taken a different pathand developed a system for cooperative operator guidance and quality control, which uniquely supports manufactory production instead of automation by machines. Increasing efficiency and reducing work errors means directly linking the worker to the computer so that the system not only guides but also controls the work performed. At the same time, it makes sure that it does not restrict the worker, thus naturally creating man-machine cooperation.

“Reduction of error rate to zero, doubling of the rate and tripling the
speed of new employee onboarding sounds like a cliché, but the
right digitalisation tools will actually make it possible.”

Visual operator guidance is the creation of a virtual space using projection equipment directly at the workplace. It enables the operator to visually mark the actions required to correctly make the product and inform him or her about the correctness of work performed. Don’t imagine a pair of virtual goggles that you couldn’t stand to have on your head for more than half an hour. The projection visualizes directly on the surface of the component the operator is working with. The worker is thus shown information directly at the point of fabrication. In this way, the system eliminates the operator’s head from the production process and takes control of the production rate. It is the precise visualization of the tasks with light that relieves the operator’s head, thus eliminating errors caused by inattention and lack of concentration. Covering the area from the workbench to the assembly hall allows for innovation in unlimited possibilities.

The visual guidance system can be called the head and hands of the operator, but the essential job is not only to execute it correctly, but also to take care of the correct material used for assembly or completion.

So how to ensure that the operator always reaches for the right component so that the interplay between the hands and the machine is perfect? This is exactly what the material guidance “pick to light” brings. The name itself suggests the way in which it works with the operator. He does not need to remember all the positions and order of the individual components, but only needs to see the light signal and the number of pieces to be picked on the display, by which the system selects the material for the operator so that it is used correctly throughout the production process. The pick to light material control has positional weighing of the material. The system knows exactly how much material the operator has picked from the position.

Today, there is perhaps no industrial sector where CCTV is not used to improve output quality. However, if we want to replace the operator’s eyes, it is not only important to see like a human being, but also to think and learn like one. Artificial Intelligence combined with quality control allows adaptation to different lighting conditions or changes in design of products and individual components, thus providing continuous adaptation to the operator’s environment. The system is not set up, but learns, and therefore no expert is required. Learning is continuous just as it is for humans – the more they see, the more robust their behaviour. It can recognize the correctness of components, orientation, position or surface design defects.

Linking with CAD is a necessity for digitizing technical documents and transforming them into production processes. It only takes a few seconds to automatically create a control program for operator visual guidance and quality control, representing true digitization in the manufactory and using it to your advantage.